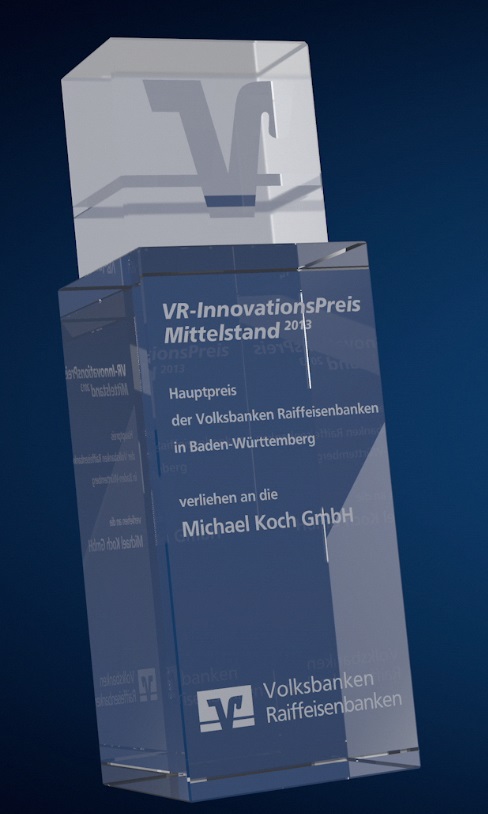 For the development of our dynamic energy storage DES we received the top prize at this year's VR Innovation prize 2013 for SME’s. The aim of the Innovation Competition of the Volks and Raiffeisenbanks in Baden-Wuerttemberg is to support the inventiveness and creativity of medium sized enterprises. 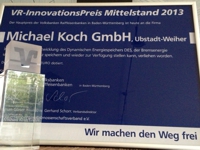 The dynamic energy storage DES proves that major innovations sometimes require very little space. For many plants the small - at first glance insignificant - red box for electric drive technology in stationary mechanical engineering is more than just a green option. For without installation or configuration effort the storage module increases the energy efficiency of many systems by up to 50% in that it stores the energy released during braking to make this available again during the next start-up process. Besides the energy efficiency, the jury was convinced especially by the autonomous and off-grid operation of the device.

Since 2000, the Volksbanken-Raiffeisenbanken of Baden-Württemberg with the support of the cooperative financial services offer the VR innovation prize for medium sized enterprises on an annual basis. The patronage is carried by the Prime Minister of the state of Baden-Wurttemberg, Winfried Kretschmann (member of the Landtag). This year a total of 125 applications represented a new record in participation. The first prize of 25,000 Euro is considered one of the most attractive innovation awards for the SME sector in Baden-Württemberg. In addition to the main prize a special prize for the trades as well as an additional award were bestowed by the expert jury. All winners were awarded their prizes in front of more than 1,500 guests at the VR-SME sector day on 26 June 2013 in Baden-Baden.

As part of the contest, a video portrait of our company and our dynamic energy storage was created. Click here for the winner’s video. 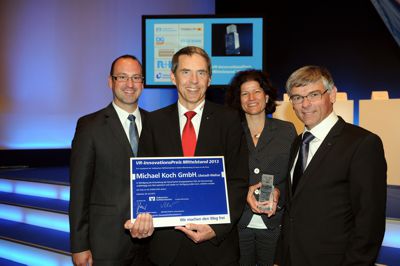 Official winner’s photo: Christine and Michael Koch (at the centre) with representatives of the Volksbank Wiesloch-Sinsheim eG 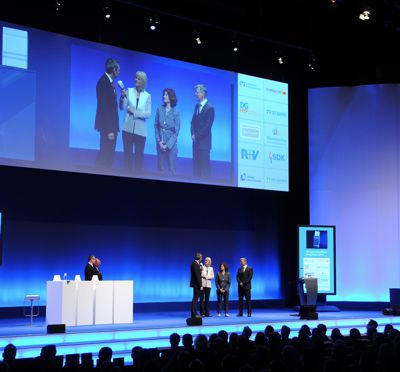