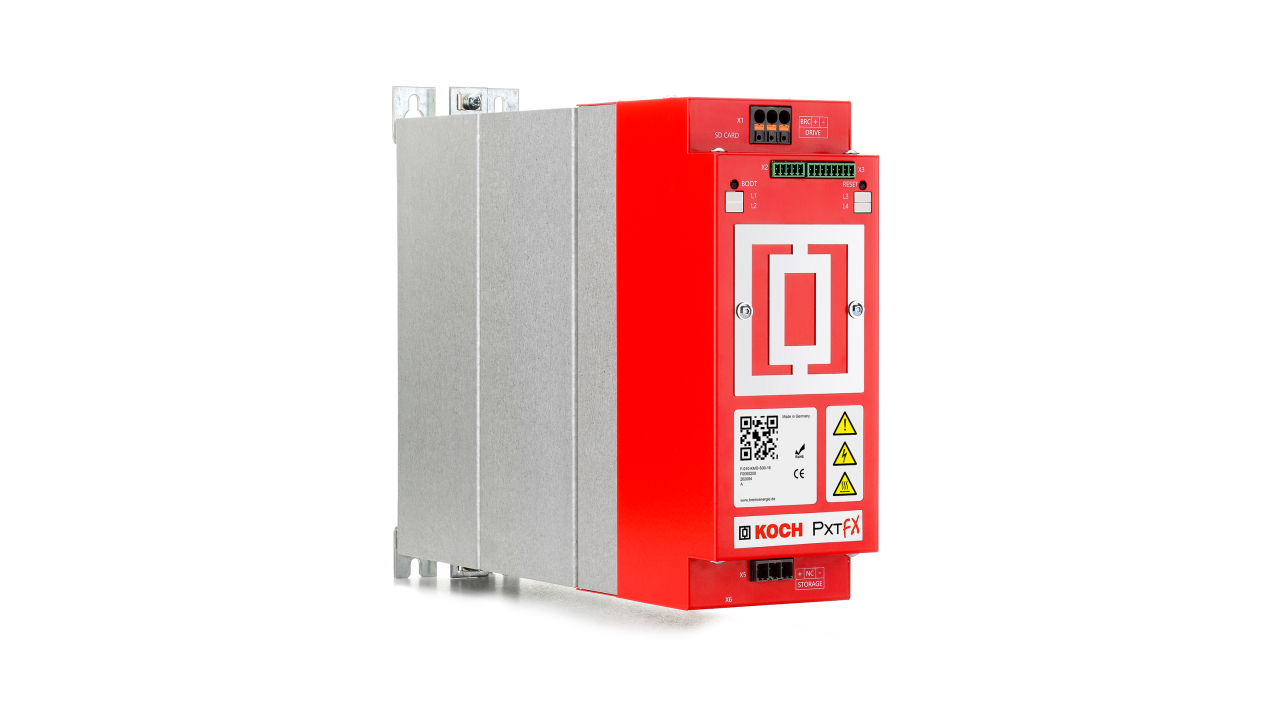 The PXT-FX increases productivity, saves energy and is an active buffer module for DC links.

With a current load capability of 20 amps duration and 40 amp peak for about one minute compared to storage, which may have a maximum voltage of 450 volts DC, the PxtFX can generate up to 18 kilowatts of power.

The device can be equipped ex works with a storage volume of two or four kilowatt seconds. Built into the device as standard is the automatic detection of the brake transistor switch-on voltage threshold, which enables the device to work with all standard frequency inverters and servo controllers in a plug & play manner. The extensive safety features of the PxtFX protect against reverse polarity of the DC link connections, against the connection of charged storage and against system overload on both the storage and DC link sides. Internal fuses are standard.

New features on the PxtFX include the SD memory card, an external 24-volt supply, status displays via LEDs, boot loading and reset options and 6 digital I/Os. This is supplemented by output functions via a USB module.

The applications are manifold, the devices provide benefits through a single feature or through the combination of two or more features.

The first thing that comes to mind is the recuperation of the machine's braking energy, which increases energy efficiency. The PxtFX can save up to 1.2 kilowatt hours of energy in its smallest expansion stage in one-second cycles per operating hour. In relation to the application itself, savings of up to a good 40 percent can be achieved with the active energy management system based on the PxtFX.

Often, however, other benefits play a greater role than increasing energy efficiency, such as the compensation of so-called brownouts, safe and defined standstill during blackouts, the possible acceleration of production processes with output increases of up to 50 percent, the reduction of network load peaks or even the operation of the electric drive independent of the power grid.